While in highschool I was a member of the debate team and the mock trial team. In law school I completed a clinical representing defendants charged with criminal offenses, that program was called the “Legal Defense Program” or LDP for short. That program allowed students to practice under the Supreme Court of Wisconsin’s student practice license, while supervised by a licensed attorney.

I also completed a clinical program called “The Prosecution Project” where I worked as an intern with the Kenosha County prosecution as an intern during the summer of 2003. During that program I was able to conduct (and win) my first bench trial. The charge was retail theft.

I was admitted to the Bar of the State of Wisconsin after graduation from law school (no bar exam necessary due to the “bar privilege” that Wisconsin has). I sat for the Illinois Bar Exam in the summer of 2005, passed the first time, and was admitted that fall.

My first job as an attorney was with the Kane County Public Defender’s Office. I began in January of 2006, and left the office in April of 2013. During my time as an Assistant Public Defender I was able to conduct a number of trials, both bench trials and jury trials.

I was able to secure not guilty verdicts on many charges, including; Domestic Battery, DUI, failure to register as a sex offender, and unlawful delivery of a controlled substance among others. I have worked in the Juvenile Delinquency courtroom, the Abuse and Neglect courtroom, traffic / misdemeanor, Domestic Battery, DUI, as well as handling the general felony call. I have handled cases involving; home invasion, attempted murder, predatory criminal sexual abuse, unlawful possession of stolen motor vehicle, mob action, aggravated battery, resisting arrest, theft, and the aforementioned charges.

I worked doing personal injury work for injured people for approximately 8 months in 2020 before returning to criminal law working for the Hirsch Law Group. 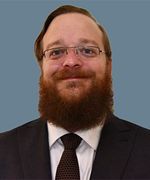